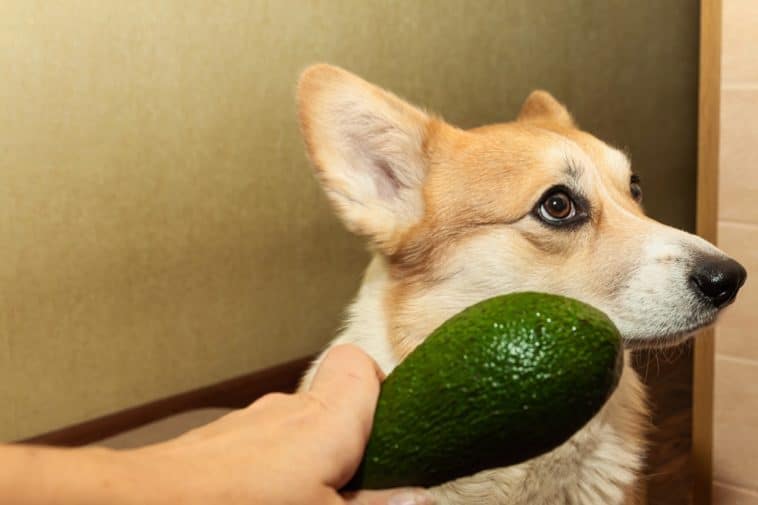 We understand that bringing a new dog or puppy into your home can be a difficult and educational process – especially when it comes to the topic of food.

During the first few weeks of owning a new dog, you will come to understand your dog’s physicality and behaviors, as well as their likes and dislikes in terms of what they eat.

Making sure that your dog eats a balanced diet can be a thankless job, especially when your beloved pooch begins to show more interest in the snacks you like to consume.

We have all been in this situation, you’re sitting on the couch enjoying some chips and dip when suddenly you are confronted with a wagging tail and watery eyes. Add a pout or two and you may even consider giving your dog some guacamole just to keep them happy.

But should you do this? Although dogs have been known to eat leftover food from the floor, that does not mean that every foodstuff we eat is suitable for your canine friend.

In fact, some human foods can even be highly toxic to dogs, which can cause damage to their health and well-being. So if you are wondering what foods your dog is allowed to eat, then we have everything you need to know.

Down below we have gathered some useful information regarding the topic of dogs and their relationship with guacamole – whether you should give it to your dog or not.

These days avocados are considered one of the trendiest health foods on the market, with the vibrant fruit often being served at breakfast or lunchtime.

Not only are avocados loaded with vitamins and minerals, but they also happen to contain high amounts of potassium and are considered very good for us. They also happen to be the key ingredient in guacamole, a delicious dip that is traditionally enjoyed with tortilla chips.

This is because guacamole contains avocados, which in turn contain a substance known as Persin. Persin is a fungicidal toxin that can be found in the fruit and flesh of the avocado plant, and that can cause serious health problems when digested by certain animals.

Although dogs are considered more resistant to Persin than other species of animal, this does not mean that they are completely immune to the toxin’s effects.

If eaten in large quantities, Persin can cause your dog to suffer from diarrhea, breathing problems, nasal congestion and vomiting. The toxin has also been known to cause acclimation of fluid around the dog’s heart.

Beyond the dangers of Persin, guacamole also contains a variety of other ingredients that could damage your dog’s health.

For example, your average guacamole recipe is known to contain large amounts of garlic and onion, which can often cause anaemia or lack of blood.

The dip is also known to feature jalapeno peppers, which have been known to cause diarrhea and indigestion among various dog breeds.

Although we have spent the first part of this article detailing the various dangers of letting your dog eat guacamole, they are still capable of eating avocado. In fact, avocado can be highly beneficial to dogs, as it contains many minerals that dogs need to thrive.

So if you are interested in introducing avocado into your dog’s diet, that is perfectly fine, as long as it is consumed in small and controlled amounts.

Although avocado can be highly beneficial to your dog’s diet, it still contains high levels of Persin, which can cause severe health problems if eaten in large quantities.

This can result in your dog suffering from conditions such as diarrhea, vomiting and myocardial damage. The flesh of the avocado is also considered to be very high in fat content, which can lead to problems such as gastrointestinal upset and pancreatitis.

Of course, another primary concern that has become associated with avocados is the choking hazard they pose to dogs and other domesticated animals.

This is because the avocado is a fruit that contains a large stone at its center, which has been known to choke and even kill smaller breeds of dogs when accidentally consumed.

If the stone happens to be swallowed by a dog, then it can also cause digestive problems and may need to be removed via surgical procedures.

So if you are interested in introducing your dog to avocado, then we recommend only giving your dog very small amounts.

The fruit should also not be made a permanent or recurring part of your dog’s diet, as this could expose the animal to dangerous levels of Persin. If you ever bring avocados into your home, make sure they are kept out of your dog’s reach, for their own personal well-being.

What If Your Dog Eats Guacamole?

If your dog has accidentally eaten some leftover guacamole, then there are several factors that will tell you whether your dog needs medical attention or not.

One of the most significant factors to consider is the amount of guacamole your dog has digested, as the amount will often help to determine the threat being posed to your dog’s health.

For example, if you own a large breed of dog that has eaten a very small amount of guacamole, then chances are your beloved pet will only experience some mild indigestion or gas.

However, if you own a small breed of dog who has eaten a large amount of the avocado-based substance, then you will probably need to seek professional help and call the veterinarian.

As we have previously mentioned, avocado can be highly beneficial to your dog’s health but only when eaten in moderation.

You must always make sure that your dog is incapable of reaching any loose avocados in your home, as this could lead to them eating more of the fruit than they should.

Our personal recommendation would be to refrain from giving your dog avocado, to begin with, as this could lessen the probability of future problems.

Back to Top
Close
7 shares
We use cookies to ensure that we give you the best experience on our website. If you continue to use this site we will assume that you are happy with it.Ok