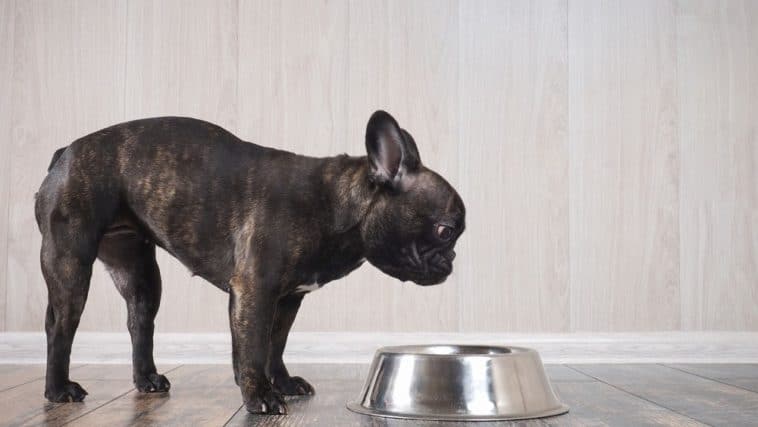 When it comes to giving your dog treats, it’s only natural that you have their best interests at heart. Giving them crunchy vegetables like green peppers can seem like a fantastic alternative to the processed foods that you find at the grocery store.

But can your dog actually eat green peppers? What harm is there in giving this green fruit to your dog?

This is because spicy fruit and vegetables can irritate your dog’s stomach and cause them a lot of discomfort.

Green peppers are perfectly healthy for your dog. In fact, your dog will get a bunch of health benefits from this tasty fruit. Green peppers are packed full of vitamins A, C, as well as plenty of antioxidants.

It’s worth bearing in mind that green peppers won’t be as nutritious for your dog as red peppers will be.

However, green peppers are safe to give to your dog, and can be enjoyed as a crunchier treat.

Spicy green peppers should be avoided at all costs. This is because these can cause anything from mild to severe stomach issues. If your dog has eaten a spicy green pepper, they may experience vomiting, an upset stomach, nausea, diarrhea, and dehydration.

This is all because of a chemical called capsaicin, which is an irritant to your dog’s stomach.

Dogs are perfectly okay to eat sweet green bell peppers. This is actually a very healthy snack for your dog. It contains plenty of healthy vitamins and minerals which your dog needs in order to maintain a healthy immune system.

The only thing to bear in mind is that dogs can only eat a little bit of green peppers at a time. This is because their diet doesn’t require more than 15% to 25% of vegetables. They mostly need high quality protein to get the proper sustenance they need.

Most of their required vegetable intake will already be covered by their usual dog food, too. This is of course because dogs are carnivores, and don’t need as many veggies as humans do.

You should also bear in mind that the skin of green peppers is quite tough. It may be worth cooking the green peppers before giving them to your dog if they’re finding it tough to eat.

Because your dog doesn’t need a lot of vegetables in their diet, you should only give them a small amount of green peppers, too. It will be worth cutting the green pepper up into smaller chunks so that your dog won’t find it too tough to eat.

If you’ve never given your dog green peppers before, you should cut it up into smaller pieces and only give your dog a small sliver. Watch your dog for the next 12 hours or so and see how they react to this new treat.

Another factor to consider is that if you’re cooking the green peppers before you give them to your dog, you should only do this with plain peppers. You shouldn’t give your dog fried green peppers, as this won’t be good for them.

You should also never give your dog green peppers that have been cooked in garlic or onions. This is because these vegetables are highly toxic to dogs. Even more so than chocolate is!

Sweet green bell peppers won’t make your dog sick. The only way these green peppers could make your dog ill is if you give them too much all at once. If your dog has eaten too many green peppers, they may suffer from an upset stomach and diarrhea.

However, eating too many green peppers won’t give your dog any unpleasant long term effects.

Spicy green peppers on the other hand could make your dog sick. This is because the spicy food will irritate your dog’s stomach, and make them very uncomfortable.

Any peppers cooked in garlic and onions will also make your dog very ill because of these additional toxic ingredients.

The general rule of thumb is the more green peppers your dog eats, the sicker they’re likely to be if this is more than they should have been eating anyway.

Are green peppers poisonous to dogs?

Green bell peppers are not poisonous for your dog. In fact, they are actually a very healthy snack.

These are a great alternative to other veggie snacks which have few nutritional benefits. It’s also worth noting that red bell peppers contain lots more healthy nutrients such as beta-carotene which can help maintain good eye health.

So there you have it! Giving your dog green peppers as a snack is perfectly healthy. In fact, sweet green bell peppers will be very beneficial for your dog’s diet if it’s given in small quantities. Dogs can eat green peppers both cooked and raw.

You should only feed your dog a little bit of green pepper at a time and see how they react to them. Your dog only needs a small portion of veggies a day, and most of this is likely to be covered by their standard dog food.

Back to Top
Close
9 shares