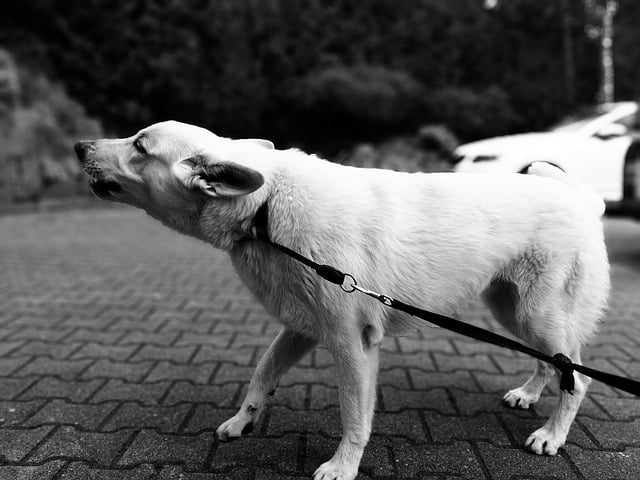 Barking is one of the few ways your dog knows how they could get your attention. However, if this behavior persists even during safe scenarios such as passing by another dog, it could be disturbing and annoying to others. In such instances, your barking dog could get you and your pet in trouble.

If the dog you’re walking is barking at another dog, what should you do? Here the steps to fix this behavior.

But first, we have to understand the reasons why your dog barks at other dogs during walks.

The concept of reactivity in dogs

Reactivity is when a dog overreacts to normal situations. May it be a passerby, a car, a cat, or another dog, if your dog suddenly barks at them nonstop or react unusually to the things that we deem as normal, he is highly reactive.

Behaviors such as lunging, growling, snapping, barking, or even biting are shown by dogs classified as reactive.

Other dog trainers may call them dog aggression or defensive behavior against what they think is a threat, and it is more complex than that.

A dog’s aggression means that they are experiencing intense emotions, and they are trying to process those emotions by being defensive and showing their dominance.

This often starts during their adolescence phase, or their teenage phase, which is around 5-8 months old.

At this age, your dog is no longer a part of a litter and is starting to discover the world outside your home.

Aside from the physiological changes that they are going through, they are also seeing these new faces, hearing new voices, and sniffing all the new smells that may be overwhelming for them.

There are a lot of reasons why your dog is reactive to other dogs. If you have a playful dog, they might be reactive because they are trying to get another dog’s attention so that they could play with them.

Sometimes, they start to bark and pull on their leash because they want to sniff and meet the other dog that they see.

This often occurs when you own a male dog and you come across a female dog in heat. By nature, the scent of the female dog could cause your male dog to overreact with a desire to draw near her.

However, lunging and barking at another dog may also mean fear, and this is the number one reason why dogs are often reactive towards other dogs.

This is often seen in untrained dogs and rescues who have been placed in a crate for a considerable amount of time.

Walking outside on its own is a new thing to them, and seeing other dogs could send wrong signals that they may be threatened and act defensively.

A dog owner’s day is made whenever their pets walk peacefully and mind their own business; but the truth is, this does not happen often.

Struggling to walk your dog and train them to not bark at others can be a challenging task, but it is not entirely impossible.

Here are the steps on how to train your dog on how to be more comfortable in the presence of other dogs.

Use a sturdy harness or collar and leash

The equipment that you are going to use to guide your dog throughout their walk is as important as the method of training that you will use.

You see, an agitated dog is an aggressive dog. If your pet is not comfortable with the prong collars, e-collars or slip leads that you wrap around their neck, they would tend to struggle even more.

According to AKC, it is better for puppies to be put in a harness rather than a collar, as the owner would have more control over them.

However, based on my own experience, using a neck collar for my 3-month-old puppy is so much better, because I am to change our direction once he gets snappy at other dogs.

Just make sure that you can still fit at least two fingers between the collar and their necks so that they will not feel any discomfort in using it.

In dealing with older dogs, however, a harness is such a game-changer compared to a neck collar.

As I have observed, older dogs know how to maneuver their neck to get out of their collar, so they could easily escape and lunge at other dogs or even run away.

With a harness, this could be prevented, as it is more intricate compared to the usual dog collars.

In terms of the length of the leash, if you are just starting to train your dog to be calmer around other dogs during your walks, it is preferable to use short leashes because you can easily control their distance from other dogs.

Walk in a different direction

If your dog is starting to show aggression when you come across another dog, immediately turn around and change direction.

Once they are calm, you can go back in the same direction but the moment they show aggression, immediately turn around and change their direction.

This method is like hitting two birds in one stone. This would send them the message that being aggressive on other dogs would interrupt this supposedly fun walk and you could have saved the other dog from being attacked by your pet.

If you have neighbors or friends who have dogs, ask them to participate in the training by letting them walk past your dog.

Like humans, dogs have different abilities in getting the message that you want them to learn, so it is important to do this exercise over and over until he calms down.

When he stops being aggressive to other dogs, you have to give them positive reinforcement in the form of threats of a pat on the head to let them know that you approve of their behavior.

If you have trained your dog using a clicker, it will come in handy in distracting them from all the other dogs walking past them.

Usually, a clicker is used when a dog gets a treat; so the clicking sound for them means their favorite food.

Instead of pulling on the leash to attack or bark at other dogs, they will focus on you to get the treat.

If in case your dog is too agitated and shows intense aggression towards the other dog, this trick might not work.

What you can do to prevent unwanted accidents to happen is you can just stand in front of your dog to block their view or walk in a different direction until he calms down.

When your dog is reactive towards other dogs, another good trick is to call them by their name or squeeze their squeaky toys and walk backwards.

The purpose of making that unusual noise is so that you can distract them and walking backwards will allow you to get them out of the stressful situation they are in.

Distracting dogs by stimulating one of their senses is an effective way to neutralize the barking situation.

Reactive dogs don’t respond well with verbal commands when they are in a situation that stresses them out, so talking lengthy sentences or screaming at them would not help much.

Oftentimes, even the word ‘no’ loses its meaning to them because it has already been overused.

Sometimes, they even try to snap at their owners when they try to pull them away, so it is better to know your dog’s limit.

Observe how your dog behaves when they see an approaching dog. Do they get even more agitated when they are close together? If they do, remember to not get too close to another dog the next time you walk him outdoors, and while doing this, hand him or her some treats that would calm them down.

The treats are rewards for them being calm around their triggers, and this would teach them that seeing dogs is not a threat at all.

A barking and aggressive dog at another dog during walks is both bothersome to the owner and to the dog as well.

It means that they are very reactive towards any uncomfortable situation that they are in and something is triggering them to act this way.

You might not think that this would be an issue when they are still small, but in the future, once they get older and bigger, this behavior could be out of hand.

It is important to use the right equipment, get to know your dog’s triggers, and let your dog know that seeing another dog does not mean that they are in danger.

By doing these steps, you can enjoy a hassle-free outdoor bonding with your dog, and you might also make new friends for them and for you!

Is It OK Not To Walk Your Dogs Every day?

What To Do If You Lose Your Dog During A Walk

Back to Top
Close
51 shares