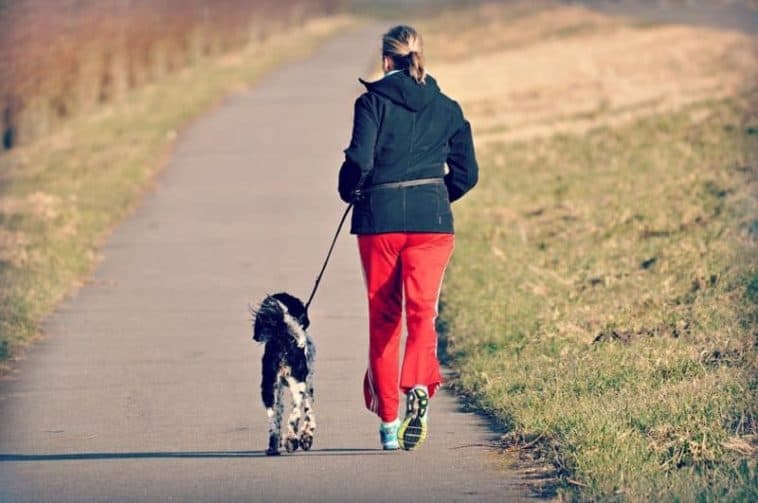 Dogs known as man’s best friend can also be referred to as men’s’ health advocate.

Aside from that, there are countless benefits of having a dog in your life!

Pet lovers believe that a dog benefits when someone adopts or take them home to be a new house companion.

The truth is, it is actually the man that gains more benefit from the adoption more than the pet.

Let’s talk about the 8 surprising benefits of having a dog in your life!

Dog owners are at a lower risk of heart attack than those who don’t own pets at all. That’s one of the major benefits of having a dog in your life.

A study done by the American Journal of Public Health in 2010 shows that canine presence at home helps decrease triglycerides, reduce cholesterol, and lower blood pressure.

A daily walk with their pet dogs helps the dog owners to lose weight as the daily dog walk of 20 to 30 minutes is equivalent to a moderate regular physical activity without even feeling the pressure of completing the exercise requirement.

Residents who walked with their dogs daily for a year lost an average of 14.4 pounds of their weight. Another amazing benefit of having a dog in your life!

A walk with the dog makes the cardiovascular exercise fun because owners do better to fulfill the responsibility of walking around with the dog rather than completing the exercise as per a 2006 observation done by the University of Victoria Canadian researchers.

Another study done and published in the journal entitled Gerontologist proves that a walk with their dogs gives the older adults a more frequent and moderate exercise, resulting in fewer doctor visits and lower body mass index.

Panda, a now 20-year-old black Labrador was given 37 scientists collected stool and breathe samples and unbelievably detected 33 positives of cancer out of them.

He was even able to accurately detect the early stages of colorectal cancer.

Eight years old when the test was conducted, Panda also able to identified cancer patients through their body fluid samples and was able to trace who among the sample owners had inflammation. Details were gathered from an article published by Gut.

Blood sugar change has even no way to escape from dogs.

British Medical Journal proved that dogs owned by diabetic people were observed to have behavioral changes whenever their owner’s sugar level drops or changes in glucose level were seen.

It still remains a mystery how dogs did those but experts associate them with the changes on their owner’s scents or muscle tremor detection brought about by sugar count variation.

Contrary to parents’ belief that allowing their young children to play with dogs could lead to their kids having eczema, a 2011 study published in Journal of Pediatrics revealed that children who were exposed to a dog during their infancy were less likely to develop eczema at age four.

The study was extended to kids with family history being allergic to dogs also showed positive results.

Aside from detection, dogs can be trained to help their owners out during seizures.

The United States has organizations that specialize in training dogs to be sensitive in monitoring the possible onset of a seizure.

This way, owners are warned of the approaching attack and they are able to take seizure-blocking medicines even before the attack starts.

Good news for people who are allergic to even the smallest residues of peanuts in the air.

Florida Canine Authority trains dogs to trace even the smallest amount of substance present in a room.

Even those hidden peanut ingredients in food and drinks have no escape.

Stress is one major cause of health deterioration, especially in older people.

Dogs known as a social catalyst can help alleviate loneliness and anxiety-related illnesses.

Back to Top
Close
754 shares