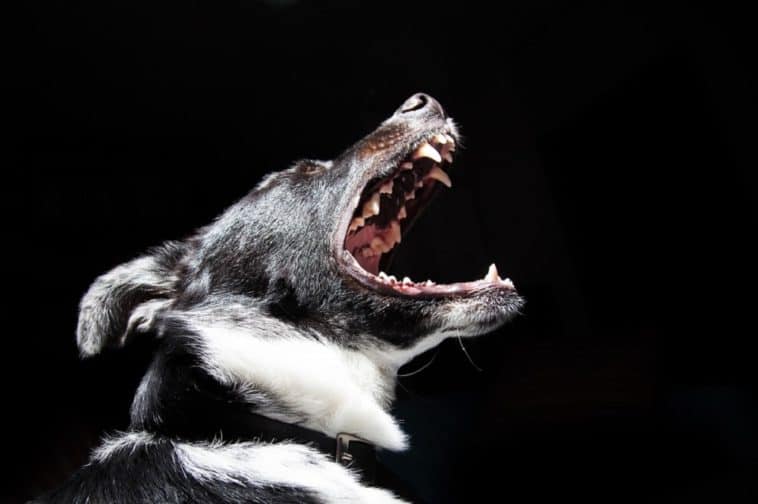 We’ve all accepted a few sloppy kisses from our canine companions from time to time, and you may have even had a discouraging glance from friends or family who will tell you how gross it is! But, we love our doggie besties, and wait, aren’t dog mouths actually cleaner than humans?

Are dog mouths cleaner than humans?

But, that doesn’t mean that humans don’t. Humans also have lots of bacteria in our mouths and in our saliva, just as dogs do, it’s just that the bacteria can vary.

The difference is that dogs and pets can have parasites in their saliva that can be harmful or spread to us humans, which is why people have probably told you to stop letting your dog lick your face, or kiss you on the mouth (we’ve all been there..it happens).

So, whilst we have different bacteria, technically a dog’s mouth is dirtier than a human mouth, because they use their mouths for so much more than we do.

How much bacteria is in a dog’s mouth?

Every dog (and person) will have bacteria in their mouth. Although, the amount of bacteria and type of bacteria found in a dog’s mouth will depend on how good the teeth are, whether there is plaque, along with their diet, genetics, hygiene and general exposure to things that they may pick up in everyday life.

What bacteria is in a dog’s mouth?

There are hundreds of different bacteria in your dog’s mouth. These could be bartonella henselae, which is a bacteria transmitted to dogs through lice, fleas and ticks via their feces.

On the other hand, dogs can have salmonella or E.coli bacteria in their feces, which can infect and contaminate humans too. This is largely down to the fact that dogs lick their butts, and then…can lick your face which can transmit the infection to you!

In addition, dogs can have pasteurella, which is found in the dog’s mouth, which can cause infections in the skin and lymph nodes. This can also be passed onto humans via a dog bite, or if you allow your dog to lick infected or open wounds.

How does a dog’s mouth get so dirty?

The main reason a dog’s mouth has different bacteria to our mouths is because they use their mouths and tongues to experience the world around them. We only really use ours for eating or talking, whereas dogs use their tongues for removing debris and dirt from paws, their fur and even wounds.

Dogs scratch an itch with their mouths, pick up random items such as toys and sticks, eat other dog poop, whilst also eating and drinking their own food. They also use their tongues and mouths to express emotion, by licking you or themselves when anxious, nervous or excited.

Therefore, there are so many different types of bacteria that can be picked up by a dog, whether it is from food, other dogs, their skin, or even from an infected wound!

Can you get sick from dog licks or kisses?

As cute as they can be, you can get sick from dog licks and kisses, and you should not let your dog lick your face, mouth or any wounds that you have.

This is because dogs use their mouths to lick their butts, which can have traces of feces. In their feces, they may have bacteria such as salmonella, or parasites like ringworm.

Bacteria from your dog can cause sickness or diarrhea, or make you feel generally unwell. They can also have infections in their mouths which can be passed onto you via their contaminated feces or bacteria in the mouth, so it is best to leave the kisses to the hands, so that you can wash them afterwards!

Another old tale is that dog licks can heal wounds. This is not strictly untrue, as dogs will lick their wounds and cuts to remove dirt, debris and avoid the risk of infection. However, you should not let your dog lick you if you have an open wound or skin abrasion.

As previously mentioned, dog mouths carry a lot of bacteria, which you will not want to get inside a fresh wound as it could aggravate the problem or cause it to become infected. This is also why vets give dogs cones to stop them from licking and damaging their wounds as it can spread infection.

To summarise, dog mouths are not cleaner than humans, but they do have about the same amount of bacteria in them. However, dogs can carry parasites and bacteria that can make humans sick or lead to an infection, so you shouldn’t let them lick you on the mouth!

Back to Top
Close
10 shares