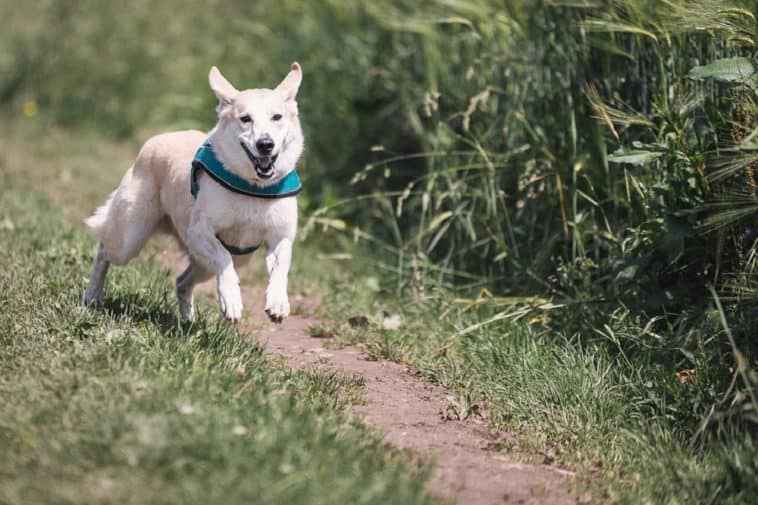 Many believe that sexuality is not as transparent as straight and gay. However, while many more people identify as pansexual (not limited in sexual choice in regards to sex or gender identity) in modern times, the lines of sexuality become fuzzier as we delve into the animal kingdom.

We’ve all seen our dog or someone else’s dog get a little too excited in certain situations and start to hump somebody’s leg. The problem is, many people do not understand why dogs do this. However, gaining knowledge in this subject can help alleviate awkward situations going forward.

Just because your male dog may like to hump another male dog doesn’t mean he is gay, right? Maybe your pooch only gives attention to other pups of the same gender. This raises the question, can dogs be gay?

Well, in today’s article, we are going to discover the psychology of dogs and if it is possible for them to exhibit behaviors associated with different sexualities. Time to find out if Fido is attracted to Baxter or if it’s just a particular type of animal behavior.

A dog’s physiology and sexual behavior

If you have ever spent any amount of time around dogs, then you will know that they do what they want, whenever they want, and wherever they want. While humans are often deep in thought about trivial matters, it seems dogs are not burdened with such internal conflicts.

When it comes to sexuality, their sexual advances can sometimes extend to other species such as cats or even objects like stuffed animals. And, of course, there are human legs, often a dog’s favorite.

However, these advances are not always sexualized. They rarely even involve any actual intercourse or provide sexual or physical gratification. Dogs can engage in humping behaviors for a range of reasons such as humping a toy as a form of play or as a way to deal with anxiety.

When a dog starts to hump another dog, it could be for a variety of reasons. Yes, it can be sexual but dogs have their own unique social norms that are very different from ours. Dogs often use non-verbal actions in communication such as jumping on other canines.

Some reasons why they may do this are:

Dogs are never taught what is acceptable and unacceptable in public, at least not in the same manner as humans. Energetic humping is very common among puppies but can sometimes be seen with older dogs as well.

And this goes for males and females. It can even be common with dogs that have been spayed or neutered.

If a male dog has not been neutered, they are more likely to hump other dogs, animals, and objects. If they are neutered at an older age, they may continue to hump.

Trying to speculate about a dog’s motivations tends to require anthropomorphic thinking. This is when we attribute human emotions to non-human entities.

For instance, “the carpet is sad.” Although many of us spend every day with our furry friends, dogs experience a different reality from what we do. When drawing conclusions about their motivations towards a dog of the same sex, we must be very careful.

Dogs do not think as deeply as humans. They simply do what is the most appealing thing to them at the time.

A dog can be attracted to the opposite sex one day and then attached to the same sex the next day. However, they can seem to be infatuated with a particular dog but with no regard to sex.

When we consider female dogs, they often assume a dominant role when engaging with other females and act out breeding-like activities.

On the other hand, males can sometimes take on submissive roles when acting out such activities with other males. There are simply no rules when we consider a dog’s sexuality.

So, can my dog actually be gay?

Any kind of behavior that sees a dog rub up against another dog of the same sex or start to hump doesn’t mean it is anything sexual. Heterosexuality and homosexuality have emotional and romantic facets. For people, it can be a part of individual identity. For humans, our sense of identity is wrapped up in how we feel and how we think.

As humans have bigger and more complex brains, it means we are more complicated in some ways. Whether animals are self-aware of their feeling or even feel the emotions that humans do for the opposite sex or same-sex is an open question and always up for debate.

Research into animals and sexuality has been taking place for many years such as in Bruce Bagemihl’s book Biological Exuberance: Animal Homosexuality and Natural Diversity.

While many animals, such as penguins, cats, and chimpanzees show signs of homosexuality, it is hard to say for sure if they are emotionally and physically attracted to the same sex.

In short, dogs can’t really be gay. They do not have a sexual orientation in the same way that humans do. While they can certainly exhibit gay behavior, such as humping and mounting, these can also be explained with a variety of other reasons.

While dogs may seem attracted to the same sex more than the other, it is difficult to pinpoint whether they are gay or not.

With the lack of complex emotions that humans possess, a dog’s show of affection to another dog may simply be a sign of playfulness, nervousness, or dominance.

Back to Top
Close
12 shares