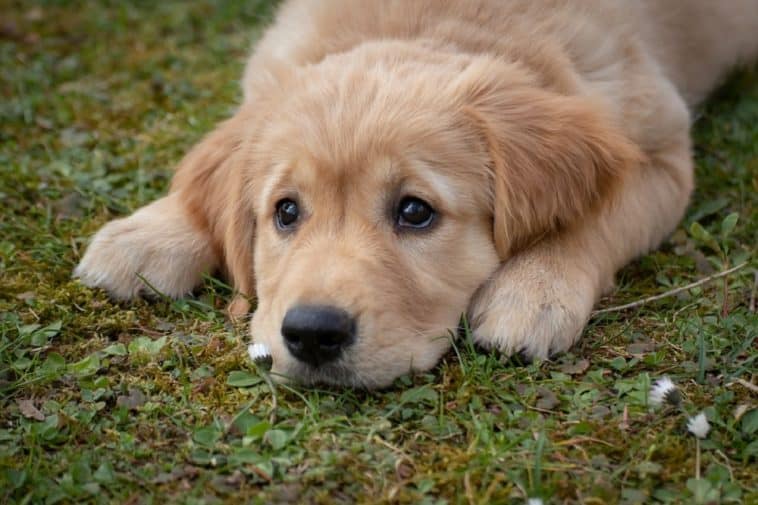 The question of whether dogs can be autistic has been discussed for many years. In 2015 a veterinary behaviorist, Dr. Nicholas Dodman, speculated that there are common features between autism in humans and tail-chasing behavior in Bull Terriers.

The more research is done into autism in dogs, the more experts understand that some can experience the world in a very similar way to people with autism.

Autism in dogs is also referred to as canine dysfunctional behaviour. It is an idiopathic condition, meaning that the dogs are born with it. It is speculated that the dogs affected lack specific mirror neurons in their brains. These neurons are responsible for helping the dog to learn social norms.

What are the symptoms of autism in dogs?

It is difficult to diagnose autism in dogs as there are no distinct symptoms that are exhibited. Your dog will likely perform very repetitive behaviours and have an impaired level of social interaction with humans and other dogs alike.

The symptoms will be exhibited from the time they are a puppy as canine autism cannot be brought on by environmental factors such as vaccines.

Your veterinarian will take your dog through a number of behavioural tests to examine your dog’s response. It is hard to diagnose autism in dogs as there are many syndromes such as canine anxiety which can present in a similar manner. There is not believed to be a spectrum like with human autism.

Most dogs love nothing more than playing around with their puppy pals and friendly humans. They are naturally incredibly sociable animals and will try to engage with whoever is in their surroundings.

If you notice your dog shying away from playing with their friends, other animals, or humans this could be a sign of autism. Monitor their behavior during feeding and walks too, to see if they interact much here.

It is not hard to tell what mood your dog is in usually. The bounding greetings and the wagging tails often clearly communicate their happiness to you. If they are upset you will likely see their ears lying back and them lying on their back and exposing their stomach to you.

If you suspect your dog has autism you will notice they do not exhibit these behaviors as much. Their personality may seem a little flatter and more bland. Dogs with autism often commonly stare into space for an extended period, and may appear as if they are in a trance. They may also avidly avoid eye contact.

One of the most common traits of autism is repetitive behavior. Many autistic dogs will continuously circle, obsessively grind their teeth, or chase their tail all the time. You may also notice your dog obsessively chewing on objects or lining up all of their toys.

Unfamiliar stimuli, such as an unexpected touch or a sudden noise, can really startle your dog if they are autistic. As with autistic humans, dogs with this condition are known to be hyper-sensitive to stimuli. This means that even a well-intentioned pat on the head can fill them with pain, fear, and even aggression.

Auditory stimuli can also be very fear-inducing. Autistic dogs tend to not know how to adequately cope with new experiences and will react with fear. If they are startled, they will often run and hide in a safe, comforting space such as in a closet or under a bed.

Living in this constant state of fear and confusion is understandably very exhausting. Social interaction can be very draining for them and you will often see your dog looking very tired. Autistic dogs will often prefer sleeping in a familiar spot to going outdoors to play.

If your dog appears lethargic and opts to spend most of their time sleeping, we strongly advise taking them to a veterinarian for medical examinations.

This sort of goes hand-in-hand with the point above. Dogs with autism are often more sedentary in nature and will always choose to rest instead of play.

What modifications can help an autistic dog?

If you suspect that your dog is autistic then you should make some modifications to their life to ensure it is as comfortable for them as possible. It is a good idea to work out your dog’s specific triggers and take steps to reduce these in their life.

There are no specific medicines designed to treat canine autism. There are a number of drugs that can be used to combat the symptoms and give relief from some of them. One of the most commonly prescribed drugs in this case is Fluoxetine (also known as Prozac). This is often used to treat depression, OCD, and autistic tendencies in humans.

Your veterinarian may also prescribe your dog other medications to reduce aggression and violent behavior.

You should try to create a safe, secure, comforting, and stress-free space for your dog to relax in. Unfamiliar situations can put a lot of stress on your dog and having this space for them to retreat to will go a long way to making them more comfortable.

Once you have worked out their triggers, we recommend adapting your lifestyle to avoid them. It is not fair to force your dog into stressful situations and it is your duty as a pet owner to make their life as pleasant as possible.

A well-balanced diet will help you to keep your dog healthy and in the best physical and mental conditions.

Autistic dogs tend to respond better to positive reinforcement. Look for a trainer with expertise in this kind of training regimen. This can help to manage symptoms of autism.

Back to Top
Close
30 shares
We use cookies to ensure that we give you the best experience on our website. If you continue to use this site we will assume that you are happy with it.Ok